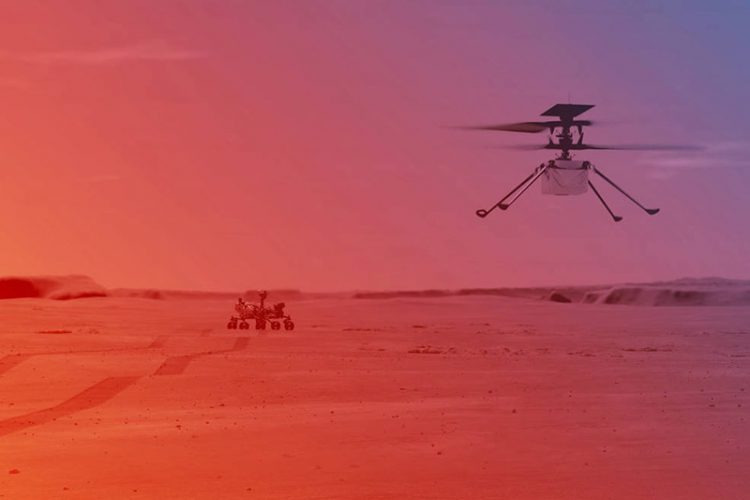 WRIGHT FABRIC ON THE INGENUITY HELICOPTER

The Ingenuity experimental helicopter landed on Mars this past month attached to the Perseverance Rover.  It will soon (April 8 or later) attempt the first powered, controlled flight on another planet.

With the blessing of the Wright brothers’ great-grandniece and great-grandnephew a small piece of fabric from the 1903 Wright Flyer made the 300 million-mile journey journey to Mars attached to Ingenuity.

The Carillon Historical Park in Dayton, Ohio, the Wrights’ hometown, donated the postage-size piece of muslin from the plane’s bottom left wing, at NASA’s request.

“Wilbur and Orville Wright would be pleased to know that a little piece of their 1903 Wright Flyer I, the machine that launched the Space Age by barely one quarter of a mile, is going to soar into history again on Mars!” Amanda Wright Lane and Stephen Wright said in a statement provided by the park.

Orville Wright was on board for the world’s first powered, controlled flight on Dec. 17, 1903, at Kitty Hawk, North Carolina. The brothers took turns, making four flights that day.

A fragment of Wright Flyer wood and fabric flew to the moon with Apollo 11′s Neil Armstrong in 1969. A swatch also accompanied John Glenn into orbit aboard space shuttle Discovery in 1998. Both astronauts were from Ohio.