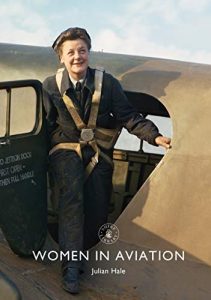 This title charts the history of women’s involvement in aviation, exploring how American and British women donned goggles and gloves to fly through a predominantly masculine world and onwards into an age of aviation equality.

This title explores the scope of women’s activities in aviation, from the time of the Wright Brothers to the present day. After highlighting the earliest female aviators, as well as the trailblazers of the inter-war period such as Amy Johnson and Amelia Earhart, the book goes on to examine the experience of women in aviation during the Second World War, including the American Women Airforce Service Pilots and those flying with the Air Transport Auxiliary. The post-war years are also covered and the title emphasizes the growth in women’s participation in civil and military spheres of aviation — by the last decades of the twentieth century, women had progressed even further, undertaking many of the jobs previously reserved for men, including space flight and combat flying. From the earliest women to obtain pilot’s licenses to the female astronauts of the modern day, this is a concise introduction to the development of American and British women’s roles in aviation.