This Memorial Day tour one of the war memorials throughout the state the pay tribute to our fallen heroes. 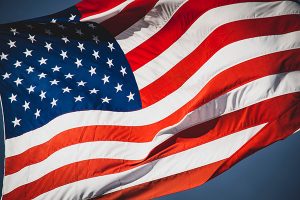 Photo by Jon Sailer on Unsplash

ARLINGTON NATIONAL CEMETERY
The grounds honor those who have served our nation and provide a sense of beauty and peace for our guests. Rolling green hills are dotted with trees that are hundreds of years in age, complementing the gardens found throughout the cemetery’s 639 acres. This impressive landscape serves as a tribute to the service and sacrifice of every individual laid to rest within these hallowed grounds.

CONFEDERATE WAR MEMORIAL MONUMENT AND CEMETERY
Erected by the United Daughters of the Confederacy in 1914, the monument is a marble obelisk with crossed sabres on each side and an inscription on the face. The inscription reads “OUR CONFEDERATE DEAD WHO DIED IN THE HOSPITALS OF SCOTTSVILLE 1861-1865” Research has now revealed the conditions in these hospitals as well as the names, units and home states of the Confederate soldiers who died in the four troop hospitals of Scottsville during the Civil War. There are forty neatly arranged markers around the monument representing these soldiers. A new monument with the names, units and home states of these soldiers was dedicated on May 25, 2002. Scottsville’s Confederate War Memorial Monument is a Civil War Trails site.

VIRGINIA WAR MEMORIAL
Situated on nearly four acres overlooking downtown Richmond and the James River, the Virginia War Memorial is a soaring tribute to the service and sacrifice of Virginia veterans and citizens in time of war. The Memorial honors all veterans and particularly those nearly 12,000 Virginians killed in World War II, Korea, Vietnam,the Persian Gulf, and the Global War on Terror. The Memorial features the inspiring Shrine of Memory, with the names of Virginia veterans who made the ultimate sacrifice engraved on its stone and glass walls; the majestic statue Memory; the E. Bruce Heilman Amphitheater; and the Paul and Phyllis Galanti Educational Center, which includes military and historical exhibits and two theaters showing the award-winning virtual reality film, Into Battle, and the Virginians at War video series. Free admission and free parking. Memorial Store gift shop open daily.

VETERAN’S WAR MEMORIAL
During your visit please be sure to check out the Veteran’s War Memorial. A visually striking memorial that provides a stirring tribute to those who have given so much so that we Americans can live free.

HALIFAX COUNTY WAR MEMORIAL
This memorial is dedicated to the memory of those brave men and women who answered their country’s call to arms in wars and conflicts from the American Revolution through Desert Storm. Seven hundred thirty-four of these citizen solders from Halifax County, Virginia, made the supreme sacrifice. Their names are engraved on this memorial to ensure that they will never be forgotten by future generations. The memorial consists of the black granite monument as its centerpiece with its engraved names and the white pre-cast concrete structure with its columns and dome.

VETERANS’ MEMORIAL PARK, ROCKY MOUNT
Located along the Pigg River, Veterans’ Memorial Park is a tranquil reminder of the honor, courage, and sacrifice of local soldiers, sailors, airmen and marines who served and/or lost their lives while preserving our freedoms. A central monument lists the names of the area’s fallen soldiers and the conflicts that claimed their lives, surrounding the monument are inscribed brick pavers honoring hundreds of local veterans. The park features well maintained landscaping with quiet places to sit, think, and reflect.

NATIONAL D-DAY MEMORIAL
On June 6, 1944, Allied forces assaulted the French coastline at Normandy with one objective: expel German soldiers out of Western Europe and lead the way to victory. What followed was one of the most pivotal battles of World War II, marked by collective bravery and individual feats of heroism. Today, the National D-Day Memorial honors those who participated in the invasion and pays tribute to those who did not return.

The Memorial encompasses more than 50 acres set against the backdrop of the breathtaking Blue Ridge Mountains. The site itself is significant, rising above the community that experienced this country’s highest-known, per capita loss on D-Day.

Each year, an average of 60,000 visitors come to learn, honor, and pay tribute at this profound addition to America’s memorials. With its noble architecture, lifelike statues, and picturesque landscapes, visitors can expect an emotional and educational experience. The Memorial is a destination that highlights the gravity of D-Day and brings to life the high cost of the freedom we enjoy today.

Story credit and special thanks to Virginia is for Lovers; https://www.virginia.org/memorialday/