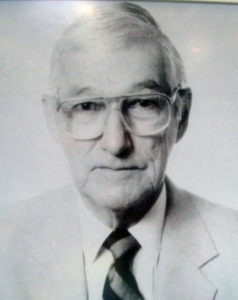 Inducted in 1992, William A. Whittle began his service in aviation as a civilian surveyor for the U.S. Army corps of engineers in 1941 working on U.S. military bases being developed in Newfoundland.

In 1946, he became an airport engineer/planner for the Civil Aeronautics Administration (later the FAA) where he worked on many international and national airport projects including Washington’s Dulles International Airport.

In 1965, Whittle began serving as the Chief of the Washington Area District Office. For the next 21 years he oversaw major improvements to Virginia’s air carrier airports and the dramatic upgrading of general aviation airports throughout the state.