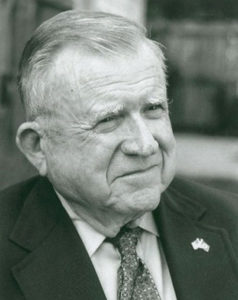 In 1962, he approached the town of Wakefield about developing an airport on a vacant parcel of land owned by the town. Approval was granted with the exception that no town funds be used for the project. With the help of many volunteers, V.L. directed the efforts to build an airport with a 4,400-foot runway. In 1965, the airport was officially open. The town appointed V.L. Chairman of the Wakefield Airport Committee, a position he held for 28 years.