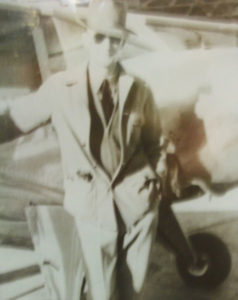 Inducted in 1990, Robert J. Dunahoe, Jr. first soloed an aircraft in 1931. He engaged in many flying activities including barnstorming, charter flying, passenger hopping, student instruction, airplane sales and services, and aerial photography. In 1937, he became the first manager of Roanoke Municipal Airport. Under his leadership, the airport grew from a rural field to a prosperous, commercial airport with 24-hour service and daily coast-to-coast flights. He was named airport management consultant in the Airports Division of the Civil Aeronautics Administration in 1945. While in that post, he visited some 750 airports. In 1951, he resigned for health reasons, returning to Roanoke where he served as civilian supervisor of the Air Force Filter Center until 1955. 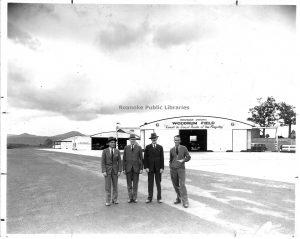