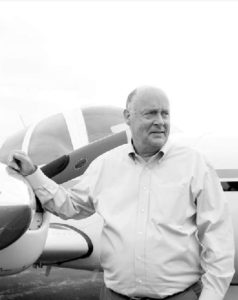 Charlie Lamb has been passionate about aviation since he first started flying at age 16.

Throughout his 35 year career with the firm, he has helped communities across the Commonwealth to develop their airports and make the most of their airside and landside assets. Under his leadership, the firm has grown into a nationally-recognized firm providing service to clients from eight offices across the country.

The firm has served over 200 clients in 30 states and has been recognized with Engineering Excellence Awards from several chapters of the American Council of Engineering Companies (ACEC). In 2010, the firm was recognized nationally as the “Best Firm to Work For” by the industry publication, CE News Magazine. Lamb is a graduate of NC State University (BS, Civil Engineering) and Virginia Tech (MS, Civil Engineering). He was an instrumental part of several Commonwealth initiatives, including the early Virginia Air Transportation System Plan and the Facilities & Equipment Study.

Additionally, his engineering contributions are numerous and varied; for example, he has been involved with runway extensions at 17 of the Commonwealth’s airports. In 2003, Charlie was recognized as the Virginia Aviation Person of the Year for his contributions to the industry. He is a Certified Member of the American Association of Accredited Airport Executives (AAAE) and is a credentialed LEED professional.

On the philanthropic front, Lamb has helped to establish several university endowments and has been a key contributor to the John R. Lillard Scholarship Foundation which makes an annual award to a Virginia student pursuing an aviation-related field of study.