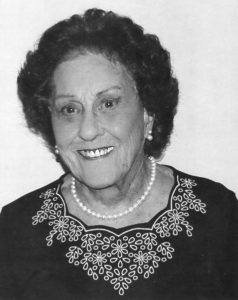 Evelyn’s career began on her 20th birthday, when she was sworn into the U.S. Naval Reserves as a Navy Wave in World War II. She has served on the Board of Directors of the Virginia Aviation Trades Association. She also has been a long-standing member of the Flying Circus Airshows in Bealeton, Virginia, and a lifetime member of the Virginia Aeronautical Historical Society. All-in-all, Evelyn has served Virginia aviation for more than 58 years. Evelyn and her husband, Frank Marshall, made extraordinary contributions to aviation in the Commonwealth.