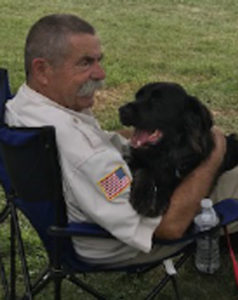 In 1975, John moved his family to Rixeyville when United Airlines moved his base to Dulles. 2 years later, he began the operation of Pleasantdale Field in the back field of his farm. He welcomed many local aviators, including ultralight pilots. In 1999, he began participating at The Flying Circus, where he still volunteers and sits on their Board of Directors. He helped plan & organize the first Culpeper Air Fest airshow. He was a docent at Udvar-Hazy and published numerous articles about vintage aircraft.