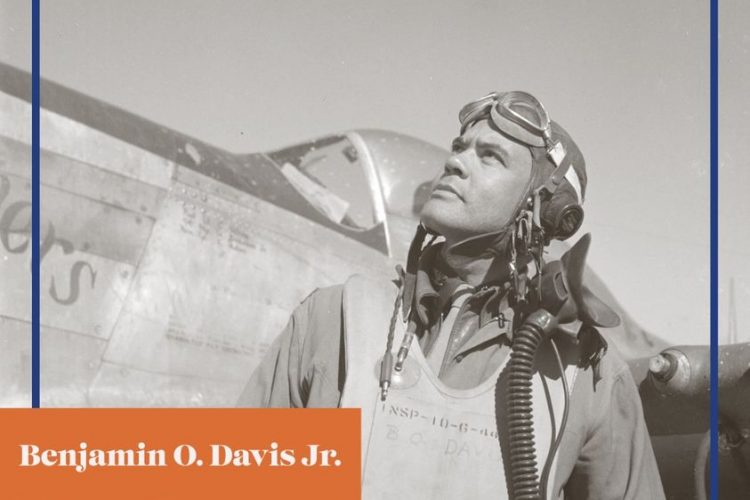 General Benjamin O. Davis Jr. was born in 1912 in Washington, D.C. He was the first African American to be admitted to West Point Military Academy after the Reconstruction. Despite his high rank in his class, he was unable to convince the Army Air Corps to allow him to learn to fly. It wasn’t until President Franklin D. Roosevelt ordered the Army Air Corps to create a flying organization for colored troops, that Davis Jr. became one of the first five Tuskegee Airmen to train at Tuskegee Airfield in 1942. He became Commander of the 95th Pursuit Squadron, 332nd Fighter Group, as well as the 477th Bombardment Group. Gen Benjamin Davis Jr. is recognized and has received many awards for his outstanding achievements, all of which he accomplished in the midst of discrimination.