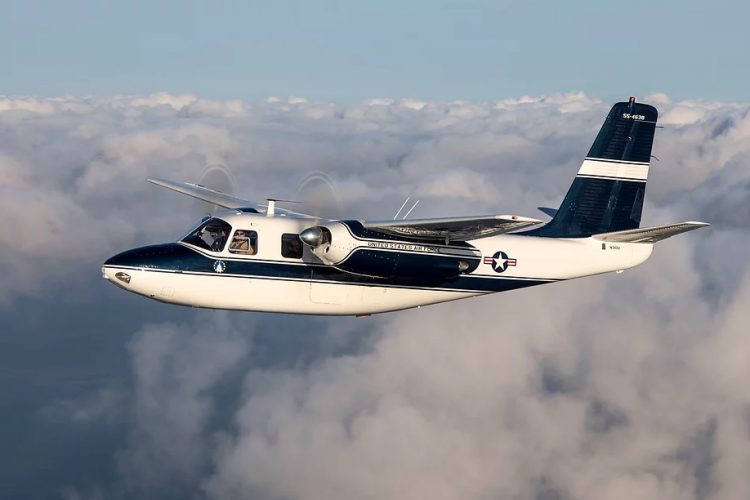 November 24, 2020, Dallas- On Saturday, November 21, the Commemorative Air Force L-26B Ike’s Bird flew with a special flag on board. The Star-Spangled Ambassador flag has literally been around the world several times, flown above all seven continents and over 51 countries.

This one flag has flown over the U.S. Capital, Normandy, Iwo Jima, USS Arizona, the Pentagon, and several other historic places. It’s flown with the USAF Thunderbirds and U.S. Navy Blue Angels, and to the depths of the ocean aboard a Trident sub. At one point a seam on the flag ripped while careening through the “Tucker-Upper” while flying with aerobatic pilot Sean D. Tucker.

The flag’s owner Richard E. Parks is a retired Chief Master Sargent in the USAF. It was his lifelong passion to travel around the world and fly his beloved flag. And if he can’t go personally, he arranges for the flag to be shipped, flown, and returned.

Ike’s Bird pilot Al Benzing flew Richard and the flag, which made Ike’s Bird the 120th aircraft it has flown aboard.

You can see more at the Star-Spangled Ambassador Flag on this Facebook page- https://www.facebook.com/StarSpangledAmbassador/

“Ike’s Bird” is President Eisenhower’s twin-engine AIR FORCE ONE and is based in Dallas. You can learn more about this aircraft at www.IkesBird.org.