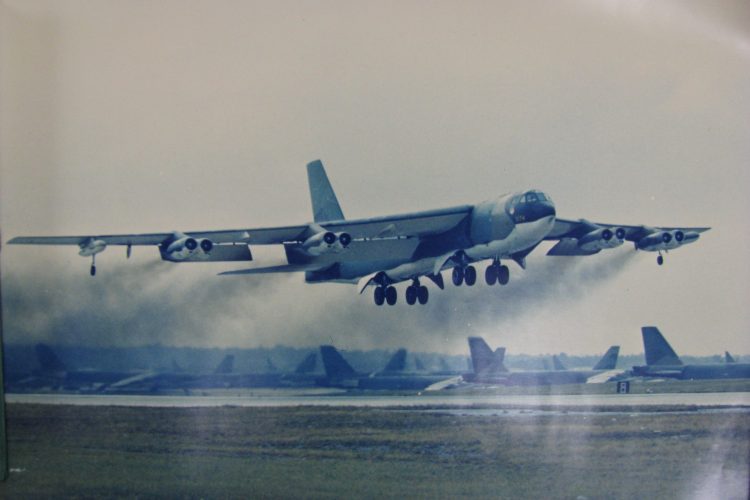 American troops were in the middle of the biggest bombing mission in military history during the Christmas season of 1972. The air campaign, called Operation Linebacker II, has largely been considered the action that ended U.S. involvement in the Vietnam War.

President Richard Nixon ordered the bombings to begin on Dec. 18 after North Vietnamese delegates walked out on peace talks. Nicknamed the “11 Days of Christmas,” the operation consisted of 11 successive days of raids by B-52 Stratofortress bombers flown in from Andersen Air Force Base in Guam.

The only day that both sides got a reprieve was Christmas, when troops were given a 36-hour break to celebrate. During that time, Nixon ordered the North Vietnamese to return to the bargaining table. The North Vietnamese refused, so the bombings continued until Dec. 29, when they agreed to resume peace talks.

The resumed peace talks that came from the campaign led to the Paris Peace Accords in January 1973. The U.S. ended its involvement in the war soon after, but the last American troops wouldn’t leave the country for another two years.

Story credit: 4 Major Military Events That Happened on Christmas
DEC. 17, 2018 | BY KATIE LANGE; https://www.defense.gov/Explore/Features/story/Article/1713087/4-major-military-events-that-happened-on-christmas/
Photo credit: A B-52 Stratofortress bomber takes off from Andersen Air Force Base in Guam in support of Operation Linebacker II in December 1972. Photo By: Air Force photo