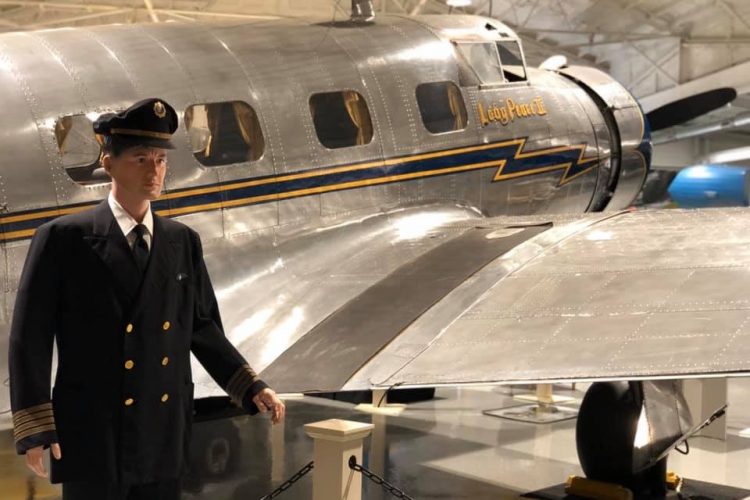 AVIATION HISTORY MONTH
When it comes to Aviation History Month in November, there’s plenty to celebrate. From the first balloons sent up into the atmosphere to every device invented that elevated humans above the earth, our imaginations have been captured by the idea of flight. Aviation History Month recognizes the achievements of the men and women who make it happen.

AVIATORS IN HISTORY
Looking back, many of us quickly identify Wilbur and Orville Wright. However, long before the brothers took to the air, others were lifting off in other devices. In fact, the Wrights were inspired by these inventive pioneers in aviation. For example, Otto Lilienthal built gliders and flew them near Berlin, Germany. His very invention aided the Wright brothers in the design of a powered aeroplane.

Another notable figure in aviation history many will name is Amelia Erhardt. While she earned many records, the one record she never successfully circumnavigated the globe. The first woman to gain that honor was Geraldine Mock. In 1964, Jerrie Mock completed her feat in twenty-nine days, eleven hours, and fifty-nine minutes. She flew a Cessna 180 named the “Spirit of Columbus.”

In 1941, The 99th Pursuit Squadron was activated at Tuskegee comprised of black pilots and ground crews. They became known as the Tuskegee Airmen, a segregated military unit. Because the NAACP had forced the military’s hand, the airmen were undertrained and expected to fail. Though they did not perform at the same level as their counterparts, they completed their missions and met demands while overcoming obstacles. As a result, they led the way for integrated units in the U.S. Air Force.

HOW TO OBSERVE #AviationHistoryMonth
Do you remember the first time you flew in an airplane? For some it’s the most exhilarating experience and for others it’s nerve-wracking. Explore aviation history, the people, the places and the technology. There are numerous ways to learn aviation history, too.

No matter how you celebrate, be sure to use #AviationHistoryMonth to post on social media.