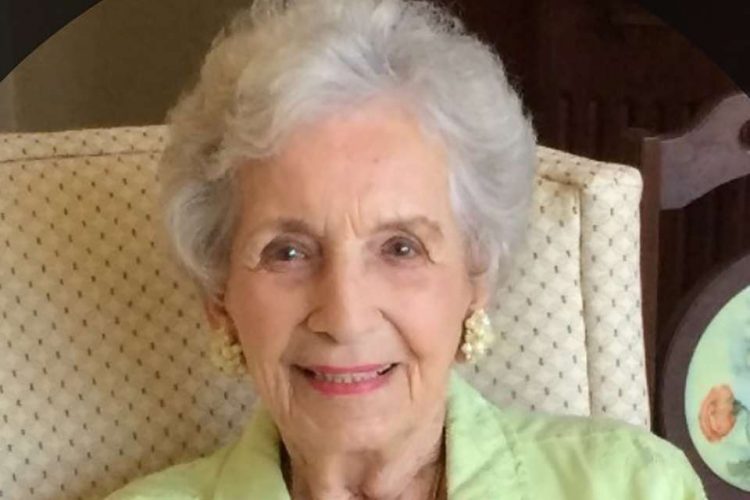 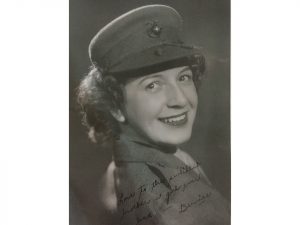 US Marine Corps Women’s Reserve Sgt. and Museum family member Bernice Williams turns 100 years old on March 1, 2021. She says that her 1943-1945 service as a Marine made her a “better person.”

The Museum would like to wish Marine Bernice Williams a happy 100th birthday. She served with the United States Marine Corps Women’s Reserve from 1943-1945 and turns 100 on March 1, 2021.

WWII veteran Bernice Williams celebrates her 100th birthday on March 1, 2021. Bernice Williams’ service with the US Marine Corps Women’s Reserve (USMCWR) from 1943-1945 played a pivotal role in shaping her life. Bernice was always driven. Bernice was forced to quit school at 15 to take care of her four younger brothers after their mother died, but she continued to take night classes and summer school to keep up. She graduated high school with honors and won three college scholarships, but entered the workforce instead, first at Northwest Mutual Life Insurance and then with the Milwaukee Police Department.

During the war years, three of Bernice’s four brothers enlisted in service (one would be killed in action), and she knew she wanted to serve as well. Bernice said in an oral history interview conducted recently with Museum Oral Historian Hannah Dailey over Zoom, that the Marine Corps was the only branch that interested her. The Marine Corps held a special appeal; she was “enamored of the Marines.” As the other service branches began to accept female volunteers, Bernice kept her eye on the Marine Corps. In August 1943, joined by three friends, she took a bus from her hometown of Milwaukee, which had no recruiting station for women, to Chicago in order to volunteer for the USMCWR. Bernice’s employment as a court reporter with the Milwaukee Police Department would provide valuable experience in her training and placement as a Marine.

Bernice trained with the other USMCWR volunteers at Camp Lejeune, North Carolina. After basic training, she requested placement on the East Coast, but when she received her orders they were to the West Coast. Three days of train travel took her to Camp Elliott, a training camp built for male recruits. She recalled how while showering, the women would hang their clothes outside the showers and how the young male recruits would steal their “unmentionables.” A few months later, Bernice was transferred to Headquarters at Camp Pendleton where she served as a stenographer and secretary to some of the camp’s commanding officers including Colonel Julian Frisbie. The stenographers used shorthand and then worked to create 10 copies of every document, taking care to get every word correct so that vital information was relayed as accurately as possible. Sometimes the women worked night duty transcribing messages and battle updates from the Southwest Pacific Command. Bernice said that during her time in service she learned patience and cooperation. It started to help her figure out how to “help her fellow man and do good for someplace or another.”

The Marine Corps directed the course of Bernice’s life in another significant way, in that she met fellow Marine Preston Williams at a party in November 1943. Bernice and Preston, who passed away in 2012, married after he returned from overseas duty. They raised two sons, Tim and Mark. Both Bernice and her husband were very proud of having served during World War II. The couple’s family, which includes three grandchildren and two great grandchildren, were always aware of their dual service. Bernice’s service holds a special meaning for Carra Jane Williams, Bernice’s granddaughter and Donor Relations Coordinator at The National WWII Museum. Of the role that her grandmother and other women performed during World War II, Carra Jane says, “Every day I am inspired by the sacrifice and difference my grandmother and so many others made through their service. She chose to serve when women were not required and traditionally remained at home. Through my work at the Museum I’ve learned the significant and diverse roles women played in World War II, and it is important that my grandmother’s and other service women’s stories are not forgotten.”

In World War II, Bernice and other women Marines were part of the Reserve force. At peak strength their numbers reached 19,000. All Women’s Reserve units were disbanded in 1946, and most returned to civilian life. After the Women’s Armed Services Integration Act of 1948, the Marine Corps authorized 100 Woman Marine officers, 10 warrant officers, and 1,000 enlisted women to be incorporated into their numbers. The story of women serving as Marines continues to evolve. Just two weeks ago, in February 2021, the Marine Corps ceased separate training for women recruits, and began coed training in San Diego for the very first time.

Bernice’s story has been featured in the Museum’s Arsenal of Democracy gallery since its opening in 2017. A portrait of her in uniform sits on the mantelpiece in the living room of the American home. Her image and her story continue to inspire. Granddaughter Carra Jane paid this tribute to Bernice, “Through her positivity and actions, she has taught me that through continued learning, involvement with your community, your faith, and spending time with family and friends, you can be happy and healthy at any age.”

Happy birthday Bernice and thank you for your service!