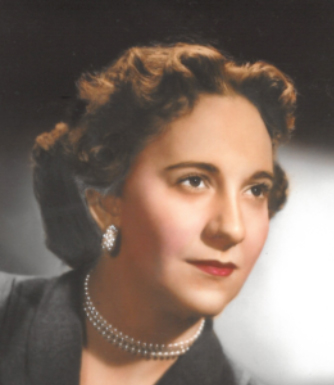 Jeanne Pedigo has passed away

Inducted in the Virginia Aviation Hall of Fame in 2003

After 60 plus years involved in aviation, Jeanne took her last flight on July 3, 2020, when she left with the angels to go home to her parents, Thomas and Mildred Hann and the love of her life, her husband, William T. Pedigo, who passed away in 2012.

JoAnn and her husband, the late Brad Crouch, gave her the most wonderful grandchildren, Zachariah Crouch and Lindsey Crouch Streng, both of Salem, VA. Lindsey and her husband, Sean Streng, made Jeanne a proud great-grandmother with their son, Skyler Streng, and daughter, Blaire Streng.

After graduation, she was employed by the National Advisory Committee for Aeronautics (the forerunner of NASA) at Langley Field, VA, researching airflow on experimental fighter aircraft.

North American Aviation recruited Jeanne to join a radome research team for F-86 Sabre jet and F-100 Super Sabre jet fighters as a thermodynamicist at their Englewood, CA facility. She later transferred to their guided-missile facility in Downey, CA, performing research on stellar supervised guidance systems for unmanned missiles. Jeanne attended night school at the University of Southern California to obtain the needed credits to get her aeronautical engineering rating.

While living in California, Jeanne was an active member of the Whittier Light Opera Company and was a soloist for the First Methodist Church of Whittier. During a visit home for Christmas in 1953, she accepted a blind date with the man who turned out to be the love of her life, a Roanoke business owner, William Pedigo. He proposed to her the day after they met, and she accepted 3 days later. They were married four months later and the marriage lasted 58 years. The couple built their own house, taking almost 11 years to complete while they “camped out” in the finished part.

She served on the Board for 20 years, being appointed by five governors, both Republican and Democrat.

Jeanne was selected by Governor John Dalton and Governor Charles Robb to serve as Chairman of the Board. She served as Chairman for six years and is the only woman to hold this post. During these years, she attended Auburn University for advanced study in Aviation Administration. She left the Board to return to the private sector. Jeanne joined Campbell and Paris Engineers in Springfield, VA as Director of Business planning and later served as their Government Liaison.

Jeanne retired in 2002, saying she was too old to walk runways and check pavement cracks at the age of 73.

Jeanne was always trying something different – from painting blackboards on her kitchen doors to raising fresh tomatoes in the living room in the winter. Gardening was a passion. Bill said she couldn’t throw away anything with roots on it. A lover of the written word, Jeanne read constantly – anything from the encyclopedia to history to romance novels.

Jeanne and Bill put family and friends first in their lives, believing their family was their legacy and they would carry on the traditions of their families. She was very interested in the genealogy of their families that had been here for almost 400 years.

At a time when women were excluded from many professions, Jeanne was determined to use her education in what had been a male-dominated field. She not only succeeded, but she mentored several young women to do the same – to reach for the skies. She loved her profession and really cared about its place in the economic life of the communities. Life-long friendships with people in the industry in all parts of the country were a big part of her life, even in retirement. Jeanne welcomed the computer because it helped her keep in constant touch with her family and friends.

Jeanne’s daughters were her most precious accomplishment. She was proud of them as individuals, their professional achievements (one worked for US Congress and the other in educational administration), and their contributions to the world made Jeanne feel she had a successful life.

Jeanne’s sense of humor was well known to family and friends who kept her computer busy with the latest jokes.
She felt if they could give someone a giggle, she brightened their day. Her computer will be very quiet now that she’s not sending the latest humor lines to her world-wide contacts. If there’s laughter in Heaven, she’ll be right at home.

Those attending the service are encouraged to practice all current CDC and local government recommendations regarding Covid-19.
In lieu of flowers, the family asks that memorial contributions be directed to the Roanoke EMS Station #4, 3763 Peters Creek Rd., SW Roanoke, VA 24018.

Online condolences may be sent to the family at www. Johnmoakey.com.