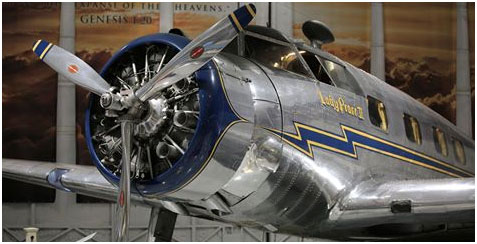 Gov. Ralph Northam has proclaimed October as General Aviation Appreciation Month in the Commonwealth. The proclamation recognizes the importance of general aviation and its role as an economic driver that improves the quality of life for all Virginians.

The text of the proclamation issued today reads:

WHEREAS, general aviation and community airports play a critical role in the lives of our citizens, as well as in the operation of our businesses and farms; and

WHEREAS, according to the Virginia Department of Aviation, there are 57 public-use general aviation facilities in the state, which serve 15,548 pilots and 5,263 registered aircraft; and

WHEREAS, according to the Virginia Department of Aviation, on-airport output in the Commonwealth of Virginia supports 6,119 jobs, a payroll of more than $361 million, and total economic output of nearly $1.1 billion per year; and

WHEREAS, general aviation not only supports Virginia’s economy, it improves overall quality of life by supporting emergency medical and healthcare services, law enforcement, firefighting and disaster relief, and investments in sustainable fuels and technologies, and by transporting business travelers to their destinations quickly and safely; and

WHEREAS, Virginia’s aviation infrastructure represents an important public benefit, and direct investment in this critical infrastructure ensures future economic growth and the preparation of our next generation of aviation professionals, pilots, mechanics, and air traffic controllers;

NOW, THEREFORE, I, Ralph S. Northam, do hereby recognize October 2020 as GENERAL AVIATION APPRECIATION MONTH in our COMMONWEALTH OF VIRGINIA, and I call this observance to the attention of all our citizens.