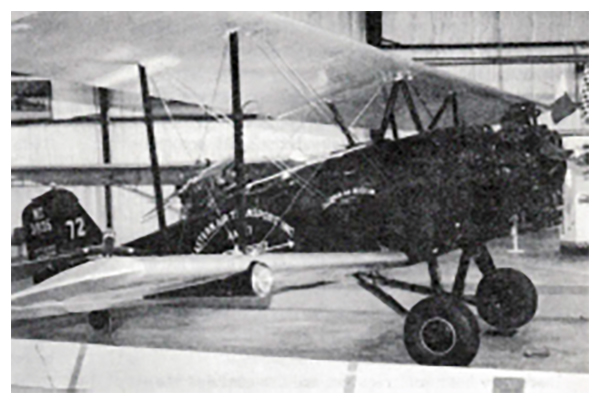 FROM THE ARCHIVES: Pitcairn PA-5 Mailwing

The plane was there the next morning and I couldn’t wait to go up close and see it. I learned the pilot was there to take up passengers for $2.00 a ride and I remember the pilot telling one man that he would “fly him above the clouds for $10.00.” I sat on the beach with the pilot many times that summer and found him to be a man named Harold Pitcairn. Many years later I found the name of the of the airplane to be a Standard J-1 trainer.

Mr. Pitcairn has come a long way since those early days, and our example of a Pitcairn Mailwing, heartfully shows the progress.

The development of the PA-5 Mailwing began in 1925 when Mr. Pitcairn became interested in obtaining a contract air mail route on the east coast. He obtained the route cam 19-27 from Hadley, New Jersey (now Brunswick) to Richmond, Virginia and on to Atlanta. The Mailwing was just the ticket and manufactured specifically for the shorter routes of the east coast. The aircraft’s efficiency and economical operating costs stems from three things: a clean lightweight air frame; wooden wings and square tubing in the fuselage both fabric covered; the Wright J-5 Whirlwind engine; and the Pitcairn designed airfare and dihedral in the lower wing, which permitted high speed, stability, and load carrying capability.

The mail route began on May 1,1928, and the Mailwing was able to make the 760-mile trip at night in 7 hours, 1/3 the length it took on a train. Pitcairn took over the Atlanta to Miami run in December 1928. Later the successor Eastern Air Transport and later again Eastern Airlines established successful service for many years.

One of the interesting aspects of the route, was the tryout of radio on the Hadley to Richmond route and flying on by lighted beacons approximately every ten miles from Richmond to Atlanta and Miami (although I do remember some beacons near where I grew up in New Jersey).

Another interesting tidbit about old #72 (our Pitcairn) reflew the old Richmond to Miami mail route at Eastern Airlines 50th anniversary in 1978. It was a one-week trip flying about 1 ½ hours to 2 hours between the old mail route cities. Flying back engine trouble developed near Savannah, Georgia causing a forced landing on I-95. It turned out to be a dropped valve causing metal in the engine. No repair was made and old #72 was trucked back to Fredericksburg. To my knowledge the engine has never changed out or overhauled. A spare engine may be available from the Shannon collection and the change out will happen if she is ever to fly again.