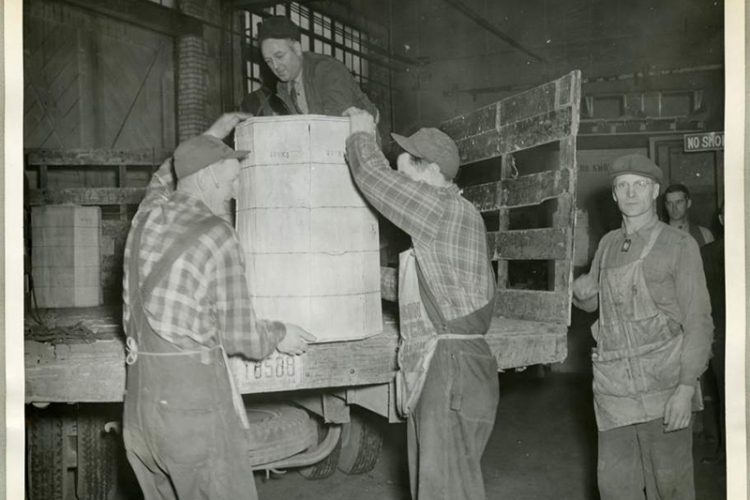 From the Archives of the Smithsonian National Air and Space Museum: A Company Thanksgiving

Many families have their own Thanksgiving traditions that they faithfully recreate each November—Grandma’s stuffing, Aunt Jean’s serving platter, homemade cranberry sauce, or an insistence upon the canned sauce with ridges. After the meal, it may be nap time or football time. But the most common tradition is cooking and eating a big, fat Thanksgiving turkey. The collections in the National Air and Space Museum Archives provide a cornucopia of images and information on the history of aviation and spaceflight, some with moments of Thanksgiving cheer. For example, in 1921, President Harding’s turkey arrived via airplane and wearing goggles. A series of photographs from 1945 found in the John E. Parker Scrapbooks documents the Northwestern Aeronautical Corporation’s turkey giveaway for employees in St. Paul, Minnesota. 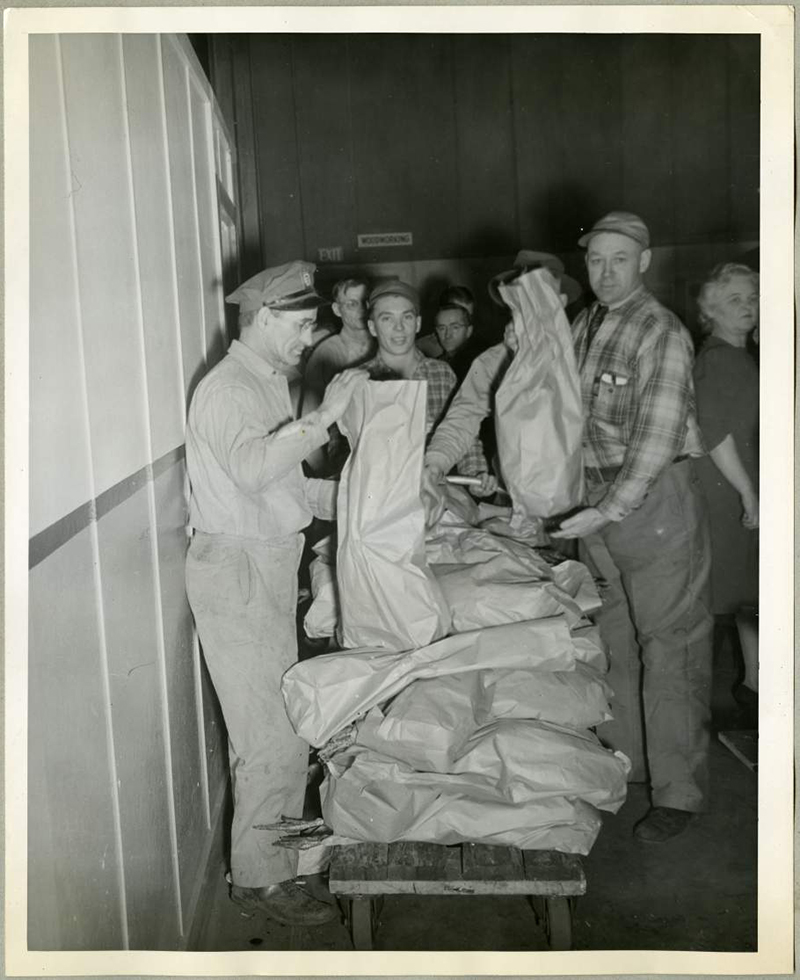 Employees of the Northwestern Aeronautical Corporation stand in line to receive their bagged, holiday turkeys. 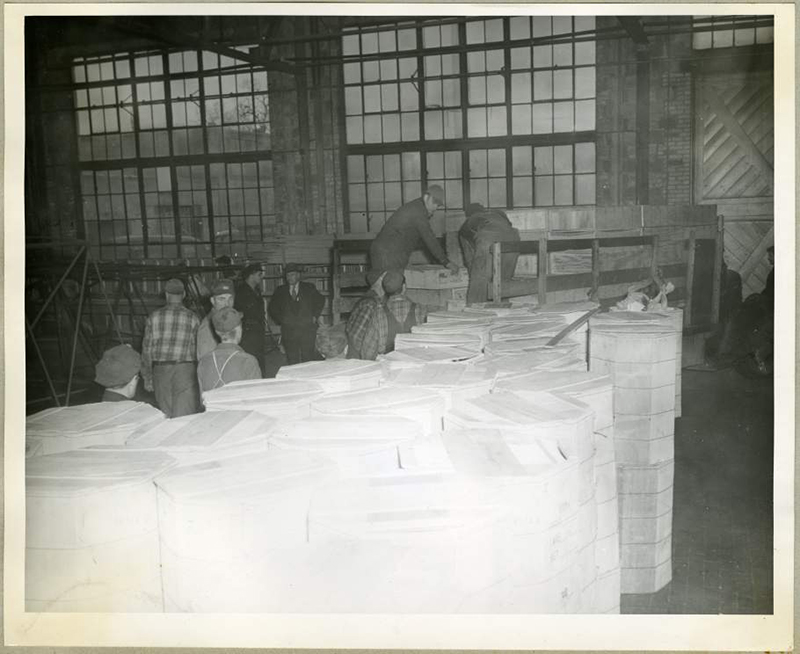 Men with the Northwestern Aeronautical Corporation unload cases of turkeys from a truck.

Enjoy your Thanksgiving traditions. Just remember, it’s not advisable to drop turkeys from a helicopter.