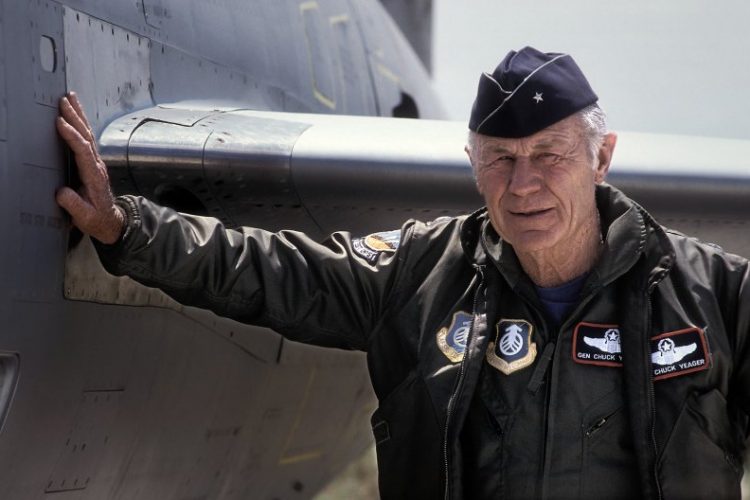 Chuck Yeager always had the “Right Stuff” regardless if NASA never selected him for the space program. Yeager was a decorated fighter pilot in World War II and became a test pilot and was the first man to exceed the speed of sound in level flight.

Yeager was born to a farming family on February 13, 1923, in Myra West, Virginia. He graduated from the Class of 1941 from Hamlin High School in West Virginia. Then, in September, he enlisted in the U.S. Army.

Yeager was assigned to the Army Air Corps as a private and was a mechanic at George Air Base in Victorville California. He wasn’t eligible for flight training due to his age and his lack of education. However, three months later the Japanese bombed Pearl Harbor and the U.S. lowered the eligibility requirements and helped by his 20/10 vision, he was accepted into the flight program.

He was commissioned as a reserve flight officer in Class 43C in March 1943 and became a pilot in the fighter command of the Eighth Air Force stationed in England. Assigned to the United Kingdom at RAF base in Leiston, Yeager flew P-51B Mustangs in combat with the 363d Fighter Squadron. (His aircraft was named the “Glamorous Glen” after his girlfriend Glennis who would become his wife in early 1945.)