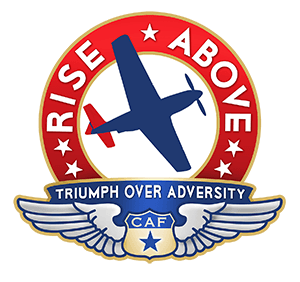 Tuskegee Airman pilot Dr. Harold Brown is a decorated fighter pilot from World War II. He was shot down and taken prisoner of war, returning home a second class citizen because of the color of his skin, instead of the war hero he was. Listen to Dr. Brown’s own words about overcoming adversity, and read his entire story in his new book, “Keep Your Airspeed Up: The Story of a Tuskegee Airman.” http://www.airspeedup.com

Dr. Brown is a long time supporter of the CAF Red Tail Squadron, America’s Tribute to the Tuskegee Airmen. Learn more at http://www.redtail.org. Get a copy of his new book at https://store.cafriseabove.org/collections/educational-resources-books-dvds/products/keep-your-airspeed-up-the-story-of-a-tuskegee-airman

After the war, the Tuskegee Airmen made great personal achievements, continuing to break down racial barriers. Many of them went on to earn advanced degrees as doctors, entrepreneurs, and educators. Those who persevered in their military careers earned high rank, including two four-star generals.