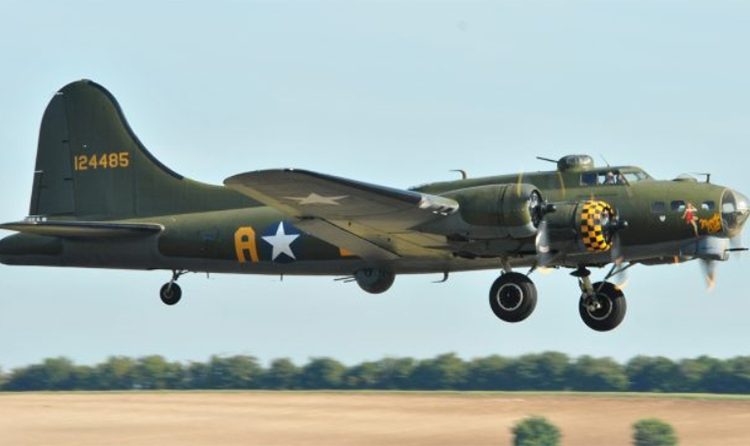 While we have seen a plethora of similar announcements from around the warbird world in recent weeks, we thought the recent announcement from Elly Sallingboe concerning the status of Britain’s only airworthy Flying Fortress, B-17G 44-85784, was of note. Sallingoe is the Operator and Chairman of Trustees for the B-17 Preservation Trust, and has been a fierce champion of the aircraft and its operation since she and her late partner, Ted White, acquired the aircraft from the Institut Géographique National (IGN) in France during the mid-1970s.

When IWM closed its doors to the public on the 18th March, I had to make the upsetting decision to suspend all work on Sally B by our superb engineering team until things change.

As I write this, it is impossible to predict how long it will be until it is safe for any of us to continue with our work on Sally B or indeed when or if she will fly this season.
While we wait for better times, it is good to know that our B-17’s maintenance work has almost been completed and that Sally B is safe under cover in hangar T2 North at Duxford where she will remain till things improve.

Thank you, our dear members and friends, for your invaluable help throughout the past many years.

Photo Credit: Boeing B-17G Fllying Fortress “Sally B” coming in to land at her longtime base in Duxford, England during one of the many air shows the aircraft has flown in over the past five decades. The B-17 Preservation Trust, which maintains and operates the WWII bomber, has just announced that they will suspend all operations for the present time until the global pandemic fades. (image via Wikimedia)