“Sentimental Journey” (44-83514) is the nickname of a B-17G Flying Fortress bomber. It is based at the Commemorative Air Force Museum in Mesa, Arizona.[1] The aircraft is regularly flown to airshow and public events throughout North America. The nose art features Betty Grable, the number one pinup girl of the World War II era. The aircraft’s name takes after a song made very popular by Doris Day in 1945.
– https://en.wikipedia.org/wiki/Sentimental_Journey_(aircraft)

Evelyn Marshall
Manassas, VA — On her twentieth birthday, Evelyn Marshall entered the U.S. Navy WAVES, alongside her brother who also joined the Navy. Working out of Washington D.C., she served as a Radio Operator, and received Morse Code from ships across the globe. When her eight-hour shifts ended, she and other WAVES would slip back in after-hours, and used their ship-to-shore radios to talk with the men at sea, passing along messages to friends and family at home and as she said, “flirting with the boys” to keep up morale. Even in her time off, she kept working, collecting much-needed aluminum and scrap metal for the war effort.
— Provided by The Americans in Wartime Museum (includes her service photo)
https://www.virginiawwiandwwii.org/fullscreen-page/comp-iyw3x1yk/471d430d-4a0b-4798-93b3-f68b00c2e86c/4/%3Fi%3D4%26p%3D%26s%3D

And some more on both Evelyn and Charlie Kulp –
http://eaa186.org/a-conversation-with-evelyn-marshall-and-charlie-kulp/

(Note: Evelyn was 96 in June and Charlie will be 95 on September 20. The Greatest Generation motors on!) 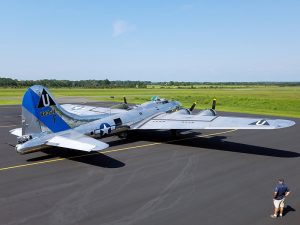 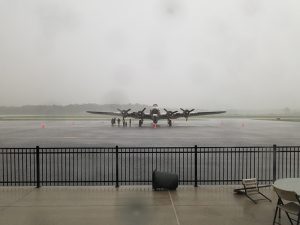 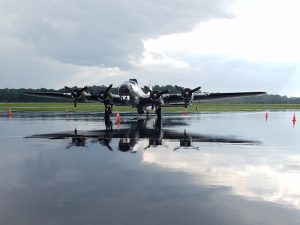 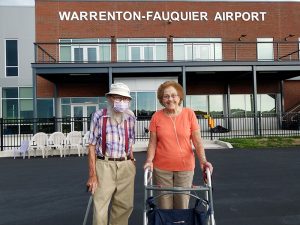 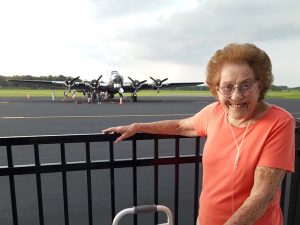