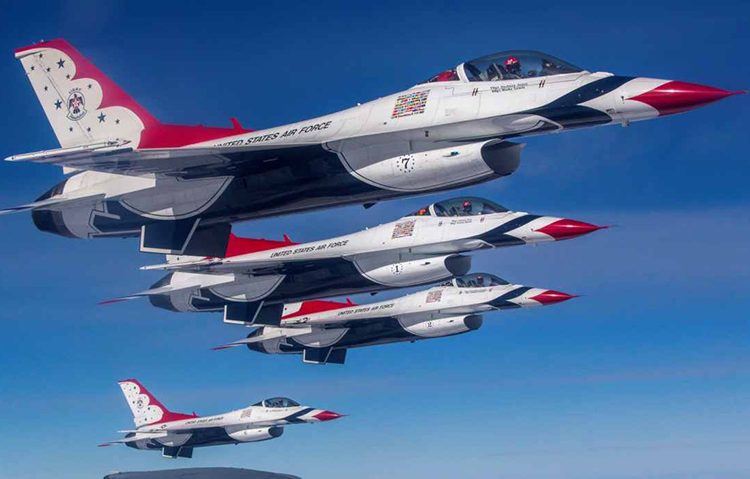 The Air Force Thunderbirds 2021 schedule was finalized on Tuesday. The squadron will cover America between March to November, including a few days in eastern Puerto Rico.

The Thunderbirds 68th season will launch with their traditional pre-race flyover of the Daytona 500 in February. Their six F-16C Fighting Falcons demonstrate highspeed passes and close formation flight.

“As the jets take to the skies and fly only a few feet from wingtip to wingtip, the crowd gets a glimpse of the awesome skills and capabilities that all fighter pilots must possess,” Thunderbirds spokesperson Capt. Remoshay Nelson said. “The solo pilots integrate their own loud and proud routine, exhibiting some of the maximum capabilities of the F-16 Fighting Falcon.”

The F-22A Raptor is scheduled to perform at show sites from coast-to-coast. They plan to visit 18 locations, including one stop in British Columbia.

Major. Joshua “CABO” Gunderson will return as the team’s commander and pilot. In a short message, Maj. Gunderson said, “Can’t wait to see everyone at a show near you.”

The F-35A Demo Team‘s schedule will take them across the United States, and include two stops in Canada. The team will also visit Eielson AFB in Alaska’s interior on the edge of the Arctic Circle.

“Capt. Kristin “BEO” Wolfe will be the F-35 Demonstration Team commander and pilot for the 2021 show season,” F-35 Demo spokesperson Capt. Kip Sumner told AvGeekery. “Our team roster will mostly be staying the same for the upcoming show season, since this will be only our third season as the F-35 Demo Team.”

The Warthog will take flight with a new pilot behind the stick. Air Combat Command will announce in January a new A-10 commander and pilot once they have been certified.

The Viper Demo Team’s schedule supports performances at 21 show locations. The lead Viper aircraft known as Venom, will also travel to the countries of Colombia and Canada this summer.

Viper’s team commander and pilot Maj. Garret “TORO” Schmitz returns for his second season in March. His second season with the team will see Toro perform over his home state of Utah.

(Charles A Atkeison reports on aerospace and technology. Follow his updates via social media @Military_Flight.) 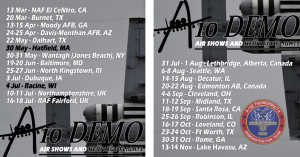 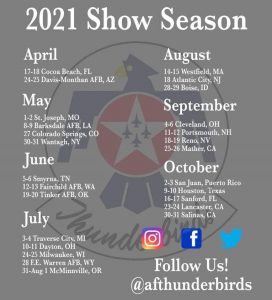 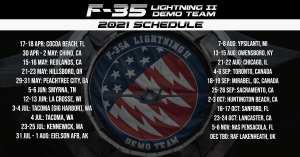 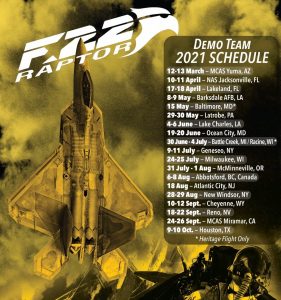 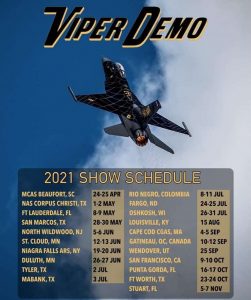