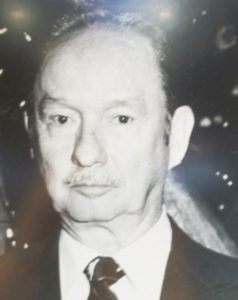 WILLIAM HAYMES OBITUARY
William E. Haymes, Brigadier General (ret) William “Bill” Edmund Haymes, 92, of Richmond, passed away peacefully on Thursday, June 12, 2014, at Westminster Canterbury Richmond. Bill was born on October 13, 1921, in Danville, Virginia, to the late William A. Haymes and Maude Hicks Haymes and was preceded in death by a brother, Richard L. Haymes. He grew up and attended school in the Danville area and earned a bachelor’s degree from Virginia Commonwealth University and a master’s degree from the University of Richmond. Bill was a past President of the Sandston Rotary Club where he made many friends. As a member of Company F, 116th Infantry, Virginia National Guard, he was called to active duty in 1941, later earned his pilot’s wings and flew combat missions in P-39 and P-40 fighters in the Pacific Theater, being credited with an air-to-air victory. In addition, he was a fighter pilot and instructor in Korea, flying the P-51 in 1952-1953, and receiving the Chungmoo with Gold Star from the South Korean Air Force. Bill became commanding officer of the Va Air Guard and was largely responsible for reorganizing and developing the unit after it’s reactivation in 1953. While in the Guard, he flew P-47, B-26 and F-84 aircraft and served as Chief of Staff and Assistant Adjutant for Air. He was the first general officer for the Va Air Guard before retiring in 1981 after more than 40 years of military service. A rated command pilot, he had more than 7,500 hours of flying time. Military decorations include the Air Force Legion of Merit, Distinguished Flying Cross, Bronze Star and Air Medal with 6 oak leaf clusters. (https://www.legacy.com/us/obituaries/godanriver/name/william-haymes-obituary?id=19046987)