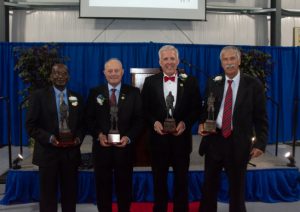 A casual walk down the row of honorees in the VAHS Hall of Fame, affords a visitor to the Shannon Air Museum a glimpse at an inspiring array of individuals.

From 1978, when the Society began nominating exceptional people to this position of honor, 135 names have gone up on the wall, all selected for contributions to aviation and, more recently, space exploration and related fields.

When the four newest honorees were cited at the Society’s annual dinner Nov. 12 in the executive hangar at Shannon Airport in Fredericksburg, their names became part of an ongoing story tied inextricably to aviation and aerospace activity. 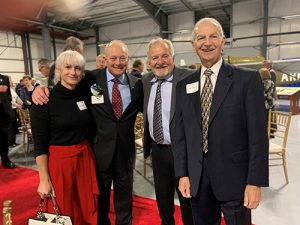 In the beginning, honorees were primarily flyers, or people whose contributions were closely related to aviation. But as the Hall of Fame nears the half century mark, it has itself slowly evolved, the scope of the effort broadening to nearby realms including not only space flight but key academic fields on which aviation, space flight and exploration are so dependent.

The awards dinner saw a record attendance of 210 persons, including 14 previously honored on the hall of fame.

The Class of 2022 reflects the world we live in today, it’s newest honorees including a man who built his livelihood around business flying in the Commonwealth, two military-trained flyers who pioneered advances in general aviation and a mathematical whizz whose contributions to 21st century life are legendary and whose life story proves once more that education and determination are prime elements in not only the advancement of individuals but of society. 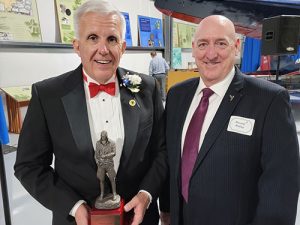