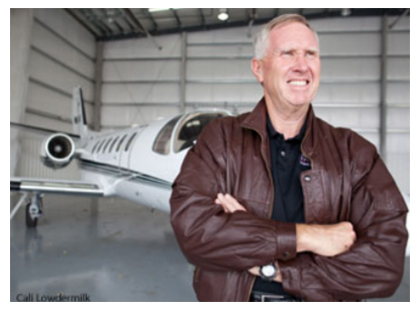 As I pen my comments, we are still under the threat of the COVID 19 crisis, exacerbated by the ongoing upheaval caused by protests and riots, permeated by discourse about the “rule of law” all overshadowed by political maneuvering. Gave me pause to meander through my memories of approaching 53 years as an aviator.

Most of you, like me, find comfort in the familiarity of the cockpit of an airplane. The switches, instruments and controls create a sense of orderliness, functionality, and control. If I activate this switch, interpret this gauge, or move this control I know what will occur, what it means. In the cockpit there are rules, there are laws, and there are resultant actions. I find it difficult to view the world in which we find ourselves in the same fashion.

Which brings me to an aviation adage I remember from years ago. “There are rules and there are laws: The rules are made by men who think that they know how to fly your airplane better than you. The laws (of physics) were ordained by God. You can and sometimes should suspend the rules, but you can never suspend the laws.” Most likely at some time we have been confronted with a, “do I suspend the rule, but not the law” situation.

On September 5, 1972 as a young B-52 aircraft commander leading a formation (call sign Black – our formation call signs were colors) on a night combat mission enroute to our primary target in Vietnam I found myself in such a dilemma. Contacted by GCI (Ground Control Intercept) we were asked could we divert from our primary target to a CAS (Close Air Support) target in support of a ground unit about to be overrun. The answer would seem obvious, of course we would, although CAS missions were rarely flown in the B-52. As is often the case, it is not as simple as it might seem. Would the timing work – could we get there in time; could we from 30,000 ft reliably drop our bombs without endangering the friendly troops; were we going to be in conflict with other aircraft; and did we have to break any rules to complete the strike? Our navigator plotting the coordinates of the ground troops said, “give me a 360 degree turn to make timing and we can do it.” Easy decision, right? Not so fast. In our governing Strategic Air Command Tactical Doctrine (SAC TAC DOC) 360-degree turns were strictly forbidden. A few years prior in Vietnam a B-52 formation was making a 360 degree turn and found themselves nose-to-nose with another B-52 formation causing a mid-air collision and loss of aircraft and life. Thus, the RULE – no 360 degree turns for timing or otherwise. A few seconds to decide prompted my questions to our crew. “Nav, can we make it” – “yes sir!” “Radar, will you be able to drop the bombs safely next to the troops” – yes sir!” And to myself, will my formation mates follow me knowing we are breaking a rule? My next transmission was, “Black, turn left 060” (resulting in a 360-degree turn/circle). Potentially a career ending decision, perhaps even a court martial.

All’s well that ends well – we struck the target successfully, the ground troops survived, and we even received a letter of commendation (although I doubt it was known about the 360-degree turn). Yes, we broke a rule, but we did not break any laws of physics – the aircraft and crews were capable.

But what went into my decision? Trust in my crew, knowledge of my aircraft, expediency of the situation, danger to the troops on the ground, accepting the risk, gut instinct – likely all these factors. Perhaps there was another factor, however. To do what’s right!
Is there a message in my story for current events? I think so. I believe above all it is this – to “do what’s right.” So, as we struggle through COVID 19, social upheaval, political posturing, and differing leadership a lesson can be learned from the cockpit – what we aviators constantly strive for – to do what’s right. Whatever problems and dilemmas we face in this world – just Do What’s Right!