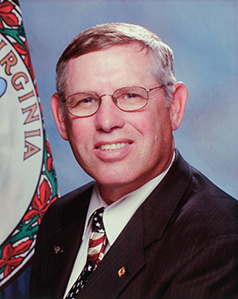 Randall P Burdette, widely known in the Commonwealth of Virginia and Fredericksburg area aviation circles, is to be honored by the Virginia Aeronautical Historical Society for his contributions and accomplishments not only in civil aviation but in U.S. Army aviation, as well. On November 13, Burdette will be inducted into the Virginia Aviation Hall of Fame at Shannon Airport, Fredericksburg, Virginia. (tickets available Oct 1)

While he is retired and continues to fly, Burdette’s civil aviation career came after he had retired from a successful 26-year career in Army aviation as a helicopter pilot, commanding officer and military administrator assigned to a wide variety of supervisory posts.

Among the latter was an assignment as Aviation Officer for the Multinational Force and Observers overseeing American, Canadian, and French aviation assets supporting eight nations monitoring the Israeli-Egyptian Border.

After retirement from the Army, in 2004, Burdette was tapped by Virginia Gov. Mark Warner to head the Virginia Department of Aviation. He held that post for nearly 14 years, serving in the administrations of four governors, bringing about any number of significant safety improvements to the airports of Virginia. Among these achievements was making Virginia the first state in the nation to have instrument approaches to all its public airports and the first state to have weather reporting at 100% of the public-owned, public-use airports.

Burdette, the son of Loretta Burdette and the late Allen Burdette of Cross Lanes, West Virginia, graduated from Nitro High School and West Virginia State University in Institute, West Virginia. He also holds an MBA from Lindenwood University, St. Louis, Missouri.
He continues to fly and has owned and flown a number of fixed and rotary wing machines. Burdette currently flies his own Cessna 182.