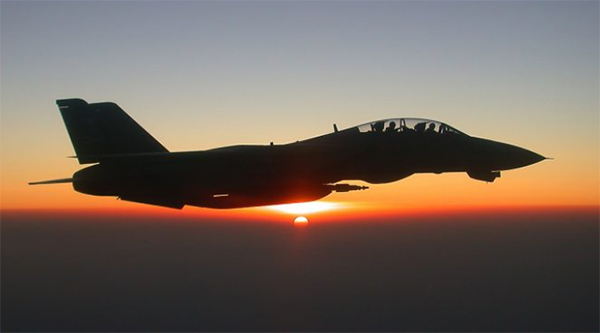 Tomcat Tales – A Documentary About the Real Top Guns!

Like an A-List actor, Hollywood can’t resist casting the F-14 Tomcat, and we shall see her again sometime soon in Top Gun: Maverick, albeit in a cameo role. But before Tom Cruise brought us “Maverick,” there were the real Top Guns! This is what the trailer for Tomcat Tales, the latest documentary from Speed & Angels Productions, offers us a glimpse of. It’s time to strap in to hear from the real TOP GUNS, the actual U.S. Navy Fighter Weapons School graduates, as they tell never-before-heard stories of what it was like flying the mighty Tomcat! This will be the ultimate documentary about America’s most beloved Navy jet fighter — the Grumman F-14 Tomcat!

Tomcat Tales features four Rear Admirals, the Top Gun’s first Commanding Officer, the last living Naval Aviator who flew all of the Grumman Cats, and many other icons who flew the swing-wing beast of the seas! Mark Vizcarra and his brother who produced and directed this film both flew Tomcats, and actually flew together in an F-14 and later again in a Hornet during their operational careers. It’s rare for film-makers to have such a unique, first hand perspective when it comes to military aviation. Stay tuned for the official release of Tomcat Tales this summer!

As an award-winning, screenwriter, director, and producer, Mark Vizcarra founded Speed & Angels Productions to bring a fresh and unique perspective to producing entertaining content. His thousands of hours of flying the world’s most sophisticated fighters and landing aboard nine different aircraft carriers while serving in the United States Navy brings a level of authenticity to a niche piece of commercially viable storytelling. Speed & Angels Productions’ slate of untold stories delivers spectacular aerial cinematography and dramatic story arcs to an untapped market yearning for aviation and historical content.

Photo Credit: An F-14 from the Jolly Rogers at sunrise during operation Enduring Freedom in 2002. The F-14 is set to be a hero again in this summer’s documentary Tomcat Tales as told through stories from the real Top Gun pilots! (U.S. Navy photo by Capt. Dana Potts)