Steve Stevens has passed away 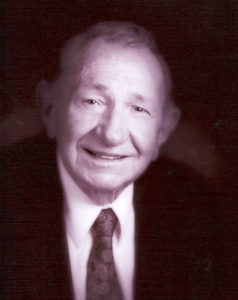 We are sad to report Steve Stevens passed away this week. There will be a celebration of life held at the Hampton Roads Executive Airport terminal building at 6:00 p. m. on Thursday, August 29th.  His obituary will be in the Virginian Pilot tomorrow. We send our condolences to his sons and family.

Alston M. “Steve” Stevens Norfolk, Virginia Inducted in 2009, Alston M. “Steve” Stevens, born in Colonial Heights, Virginia began his flying career in 1946 when he was 16 years old at Colonial Heights Airport in an Aeronca Champion. He enlisted in the Navy in 1946 and was sent to VRF-31 Squadron at the Norfolk Naval Air Station. He left the Navy in 1956, re-enlisted in 1959 and served until retirement in 1970 as a senior chief aviation machinist mate. In 1971 Stevens went to work at the South Norfolk Airport and was promoted to manager in 1972. Here he quietly set about to touch hundreds of lives by providing the facility, the equipment, the atmosphere and the wherewithal to enable and encourage others to find their own paths to the art and the appreciation and the joy of flying. He put new pilots and mechanics to work as independent contractors which gave them considerable independence and valuable experience. While he set the standards and fees for flight training it was up to the instructors to succeed or fail. This relationship with his pilots gave many the skills necessary to go on to successful careers in aviation due to the opportunities he provided. Stevens implemented forest patrols and traffic patrols for radio stations across Tidewater. In 1975 he started a banner business providing additional flying opportunities for his pilots. An untold number of pilots in the Tidewater area were introduced to flying by Stevens throughout his career. When South Norfolk Airport closed in 1985 he moved his operation to Atlantic Air Park in Pungo improving the airport and operating there until his retirement